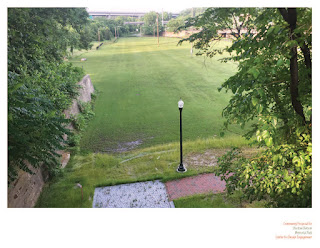 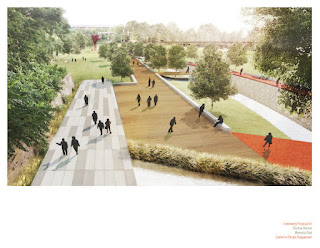 June 28 - Shockoe Bottom Stakeholder Meeting and Update. Special guest: Max Page, Center for Design Engagement, presented a slide show of the Memorial Park design updates (courtesy CDE student Nicholas Jeffway) based on feedback received since the June 2016 design charrette presentation at the Black History Museum and Cultural Center of Virginia. We'll post a report soon with the feedback from those present including about the next steps now that the process returns to local hands. In the meantime the PDF of his presentation is here. 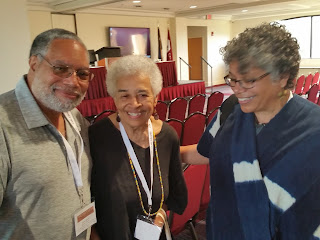 June 14-17 - Carolina Low Country & Atlantic World Conference "Transforming Public History from Charleston to the Atlantic World" College of Charleston, Charleston, South Carolina, USA
After participating in a session with Preservation Virginia and the International Coalition of Sites of Conscience, I was very pleased to meet the two very groovy people in this photo while attending this conference: Dr. Lonnie Bunch (public historian and director of the National Museum of African American History and Culture), and the first director of the Avery Research Center for African American History and Culture. Other very interesting presentations included the National Memorial to Cotton Pickers and the Gullah-Geechie Nation mapping project. 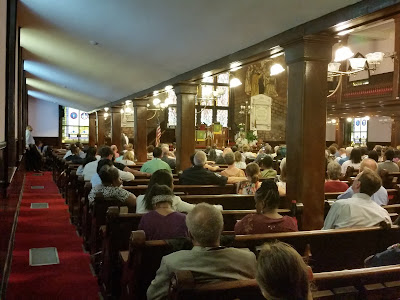 More poignant was the session with members of the Mother Emanuel AME Church, describing the impact on the church and community in the aftermath of the murders of nine of their members. In his speech at the church on Thursday, the 15th, Dr. Bunch addressed the responsibilities of public historians in the context of the 2nd anniversary of Dylan Roof's horrific attack, including a deep commitment to community collaboration and being unafraid of the complexities of our histories. 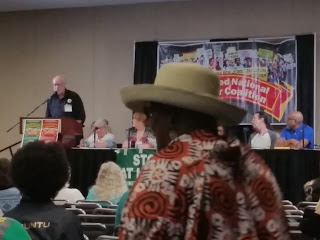 June 16-18 - United National Antiwar Coalition 2017 Conference "Stop the Wars at Home & Abroad!", Greater Richmond Convention Center, Richmond, Virginia, USA - A Juneteenth Action was held on Sunday June 18th, from 2:30 to 3:30 pm. More than 100 participants marched to Richmond’s Shockoe Bottom (map), once the epicenter of the U.S. domestic slave trade, to visit the African Burial Ground and help these national visitors understand the significance of the site and its history, and to expand support for the Community Proposal for a Shockoe Bottom Memorial Park.
Posted by Our Rosewood